Keep the soul awake, and the dream alive.

There’s a situation revolving V’s family that, for the sake of respecting her privacy, keeps this post from going too into detail about her case. But the story is a hard one: our founder works more closely with the mothers than I do and hears more of the brutality and the abusive relationships that cause cycles of violence in the community, but sometimes, from what we see and hear in the broad daylight, I just want to go up to the perpetrators and land a solid knuckle sandwich right on their drug-addict, jailbird ugly mug.

This photo was taken by Galen Peterson, who, along with Joslynn Corredor, visited us for two weeks to pitch a hand in with Escalando Fronteras, our youth program based in Mexico taking kids climbing outdoors to prevent continuing cycles of drug abuse and crime. 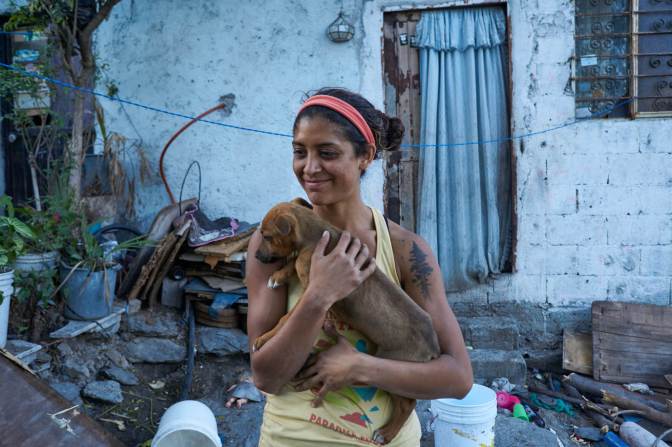 Joslynn and Galen helped us out a ton: Galen was your typical engineer, so he bustled around brainstorming ideas to help us build something for the program, and abruptly one day we made shelves for our hosh-posh splat of gear in the corner of the house. Another day, Joslynn brought beanies made by her grandmother, and we delivered a bag of hats with handful of ponchos for the rain so the kids could go to school.

Jos and I may have yoinked a malnourished puppy from the hood, fed him, and touted him around with us for a day, too. The next day we did the same with a kitten. Volunteer life. So rough. 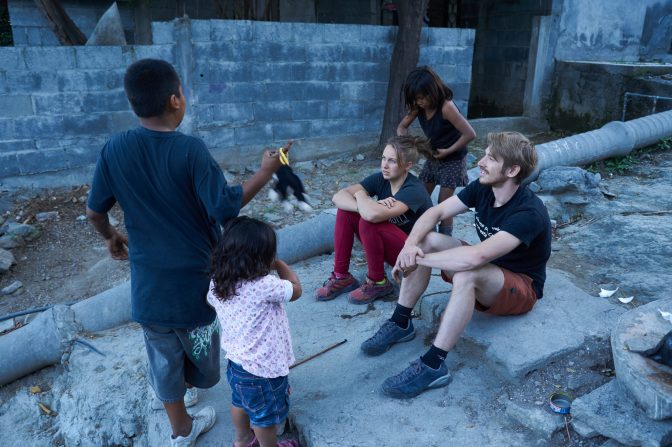 Galen and Jos being climbers they lent us a hand with developing local boulders in our backyard as the closest collection of boulders to the city. With a serious killer donated kit of wire and plastic brushes, Jos and I, Ramon and Galen scrubbed off the silt from a previous rainy winter, printed a hand-made topo, and encouraged more climbers.

Rompe Picos is 40 minutes crossing the city, 15 from our climber refugio. The closest boulders otherwise are 8 to 12 hours away: a new area Piedritas in Coahuila, famous Peñoles to the northwest, and Hueco Tanks. The area is under a dam, with boulders, slab, highballs, lowballs and up to V8 projects.

By the way, this oddly-positioned absolutely MASSIVE dam above the bouldering was constructed to prevent hurricane disasters…yes, in the desert. 6 years ago, when the whole canyon system funneled hurricane rain into the city and a system of slopes lead uncountable water drops to a wide flood plain inhabited by 5-7 million human beings, all hell broke loose. The hard-packed, intolerant desert ground resists water absorption, causing serious damage from whirling, flooding, air-born weather monsters.

Rompe Picos has hidden overhangs invisible from the outside, sun-baked area.

Last weekend, we took the kids to the new bouldering zone with US freelance photographer, climber and journalist Sasha Turrentine – who stood atop boulders with her lens aimed dirtward, and captured the chaos of 20 kids crawling over their new boulders for just the second outing.

A few from the roll: 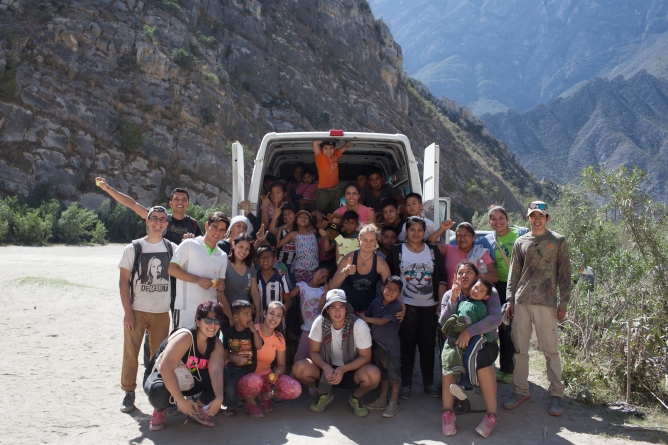 So HEY – thanks for reading. Glad you got this far, and hope you get to see this canyon system close to Potrero Chico and El Salto.

– – Thanks also to Mad Rock Climbing, NiteIze, and our supporters for making climbing accessible to youth living in inner urban labyrinths and without access to the outdoors.

If you support climbing brands supporting youth outdoors, buy their stuff.
We use the Mad Rock R3, kid’s shoes, and harnesses for our outdoor adventures and highly recommend them for outdoor climbing adventures.

– Keep the soul awake, and the dream alive –

View all posts by tiffanyhensley